At Wednesday’s call, @lorenz.meier suggested that I prepare a design guideline for the low-level STM32 driver for Libcanard and Libuavcan. I decided to postpone the latter because Libuavcan is not yet finished and the low-level API may end up being slightly modified after we update it to support the UDP transport.

The guideline is organized as a header file definition documenting its API. It is based on the original v0 driver for Libcanard but with modifications to support redundant CAN bus interfaces.

The driver is not dependent on Libcanard to enable its reuse with other implementations in the future. To ensure that the driver is portable across different OS, it is best to include the following MIT-licensed bxCAN register definitions with the implementation:

The driver should be located under /stm32/bxcan/libcanard/.

And it is implemented

Thanks @TomDeRybel for contributing this piece 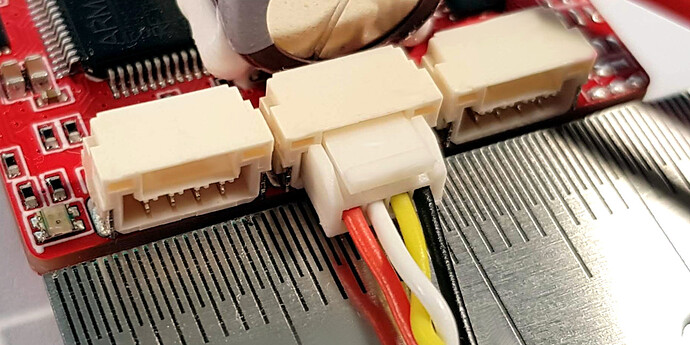 Given the fact that there’s also a socketcan/libcanard folder availabe I’ve been wondering if there’d be interest for a similiar arduino/libcanard platform support?

Given the fact that there’s also a socketcan/libcanard folder availabe I’ve been wondering if there’d be interest for a similiar arduino/libcanard platform support?

As a shoutout to everyone reading this: if you have a low-level driver that you can share under the MIT license, please help us out and send us a pull request.

Edit: it would be especially useful to have drivers for TI TCAN4550:

Many popular MCUs lack built-in CAN FD-capable controllers, which limits the upt…ake of CAN FD in new products. There is an interesting IC that could help new hardware revisions or new designs adopt CAN FD without having to port an existing codebase to a new platform: [TI TCAN4550](https://www.ti.com/product/TCAN4550) -- a single-chip CAN FD controller with a built-in 5 Mbps transceiver interfaced with the MCU via SPI: ![image](https://user-images.githubusercontent.com/3298404/93756724-35c3fd80-fc0e-11ea-83e2-84522b739465.png) It is also appealing price-wise, being available from DigiKey for $1.5 @ 1k pcs, which is comparable to a regular standalone CAN transceiver. This is a very promising chip and it would be nice to have portable and reusable drivers for it here.

Hello, Pavel,
at first thank you for ready-made driver for bxCAN.
I started using the bxcan driver (STM32F103) for Libcanard and I want to use RX interrupts when a new message is pending in FIFO0 or FIFO1. I am curious why in bxcan.c when driver releases FIFO entry:

the bits BXCAN_RFR_FOVR and BXCAN_RFR_FULL are set?
In reference manual for STM32F103xx bits FOVRx and FULLx are set by hardware and reset by software (maybe for other MCU family this is not true). Will this cause problems when using receive interrupts?

They are actually reset (cleared) by writing ones:

Thank you again, Pavel! I should be more careful with these abbreviations